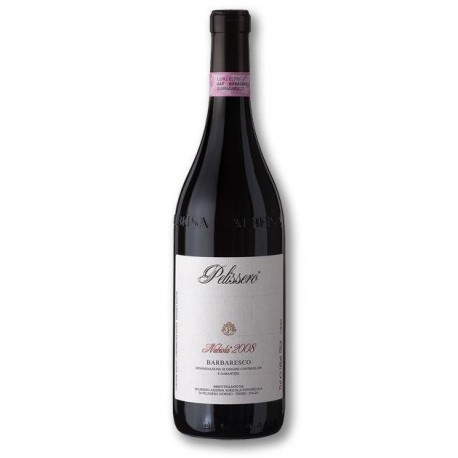 the grapes come from six small lots, too limited to justify an individual selection, scattered over the three villages of Treiso, Barbaresco and Neive

east, south and west depending on the different lots

Density of plants per hectare

First and unique year of production

different zones in the Barbaresco area with different composition and origin

it is the last born of our Barbaresco wines. The first bottles date back to 2001. It belongs to an historical, traditional and cultural important denomination and it has got all the strength and complexity a great vine is able to express. The blend Nubiola shows in fact the name with which in the historical treaty of agriculture "De Ruralium Commodorum" (dated 1330) where Pier Dè Crescenzi (a jurist of Bologna) mentions one of the best vines known at that time describing it as a "a sort of black grape called Nubiola… wonderfully vinous and adapted for wine making."  Now we call that grape Nebbiolo (Nubiola is pronounced with accent on the o)

the variety Nebbiolo composing for 100% the Barbaresco wine is the focal point of this wine that we consider the starting Barbaresco, the basis from which to start in order to arrive to the best with our two selections. Just for the different composition of the provenience soils, the consequent used wine making techniques and the historicity we wanted to express with the name, it is a very traditional Barbaresco. It is made in stainless steel tanks at controlled temperature and automatically programmed soaking of the wine dregs, then aged in wood dosing small barriques and big 50 hl oak cask in variable proportion according to the vintage features always with the intent to exalt the Nebbiolo's variety's characteristics

it has an intense ruby red colour, to the nose it has both fruity and floreal notes that go from the ripe red fruit to the officinal herbs. Soft, tasty, velvety at the same time, leaves on the taste buds a note of sweetness and roundness typical of ripe grape with a slightly dry and astringent closure that distinguishes the Nebbiolo