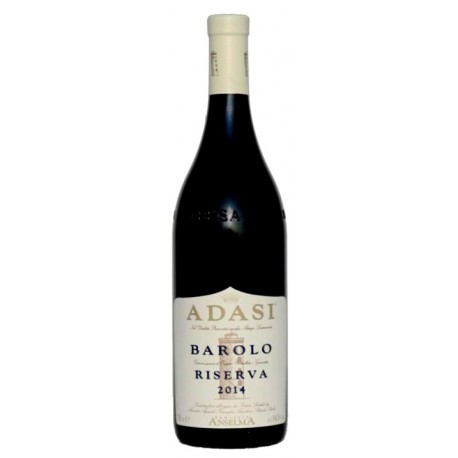 By buying this product you can collect up to 2 loyalty points. Your cart will total 2 points that can be converted into a voucher of 1,00 €.

Each Me.G.A. is separately vinified to then participate to the ADASI blend one part at the end of maceration, second part at the end of the second year of aging in oak to continue up to minimum 3 years in large Slavonian oak barrels, in the underground Cellars in Barolo

First Release on the Market

6 years after harvest, later from Anselma Library of the Historical Vintages of Barolo

ADASI, means ADAGIO in Piedmontese dialect and represents Famiglia Anselma’s Philosophy to produce long aging wine, that goes better and better through the second maturation in the Bottle. The complexity of his characters requires time to express at the best the Chorus of the different Me..G.A. blended inside