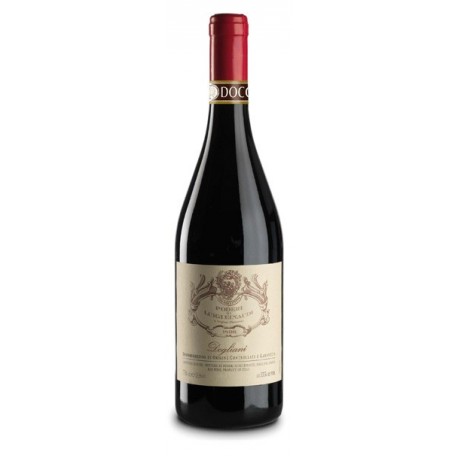 Since the harvest 2011, the classic Dolcetto di Dogliani D.O.C. becomes Dogliani D.O.C.G. A traditional, easy to drink wine, which comes from a blend of Dolcetto grapes from the vineyards of the Einaudi estates which surround Dogliani. Born in the Einaudi vineyards positioned in the hills of San Luigi, Santa Lucia and Madonna delle Grazie in Dogliani. In the Dogliani area this traditional wine reaches its absolute best: of a ruby red colour, which tends toward violet with a rich fruity bouquet, full bodied with an intense aroma of undergrowth and a pleasantly tannic taste, with a slight final almond note, typical of this wine. Eight months of maturation in steel tanks and two months in glass complete the refinement. Of a dry and moderately acidic taste, after a year of ageing, it has a good body and full taste. The annual production is of 130,000 bottles

Area of the vineyard

Fermented in steel tanks under strict temperature control (28°C), racked after 4/5 days, decanted, gotten malolactic treatment and completed at a controlled temperature. Decanted a number of times during maturation in steel tanks, bottled in high spring and made ready for drinking at the beginning of summer