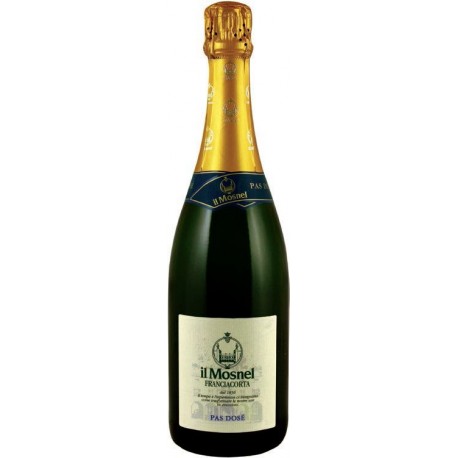 In our estate vineyards in the commune of Passirano, at the foot of the Monterotondo and Fantecolo hills, with east-southeast exposure

Hand picking into small boxes, between the last week in August and the first decade of September

The clusters are gently pressed in a pneumatic press, and the first and second fractions are kept separate. After a 12-hour gravity settling at 13°C, the must is inoculated with cultured yeasts and the wine ferments, part at controlled temperatures in stainless steel, part (30%) in small oak barrels, and then goes through malolactic fermentation. The cuvée is assembled in March,the liqueur di tirage added and the bottles capped, and the bottles are laid down for the prise de mousse

The tiered-up bottles remain in our 17th-century cellars for a minimum of 30 months before riddling. The sediment is then removed and they are given a dosage of the same wine, then corked and wired. This Franciacorta then rests in the bottle a further three months before release